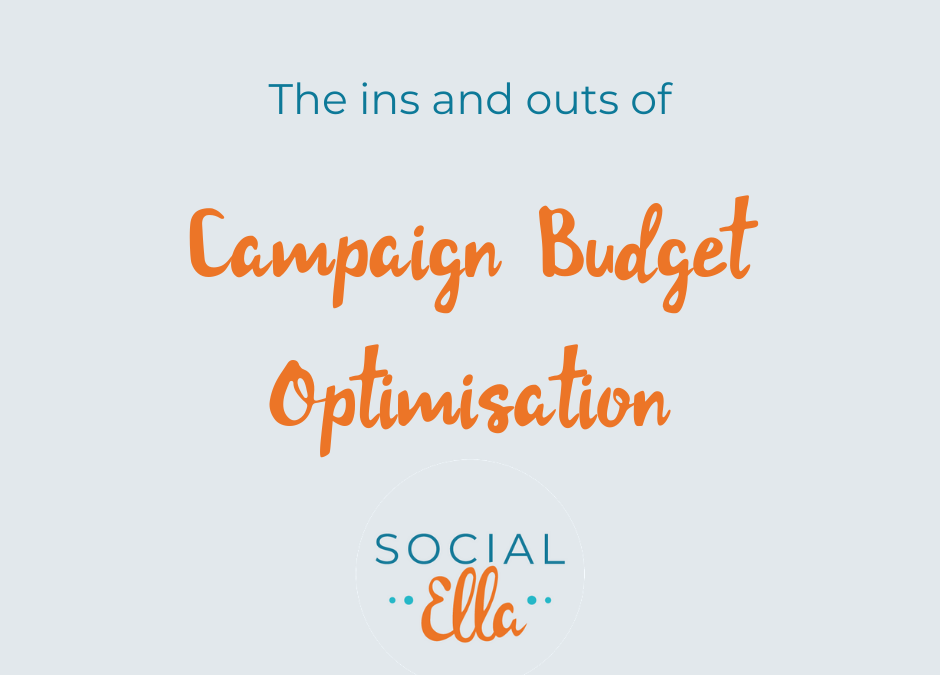 What is Campaign Budget Optimisation and How Does It Work?

Facebook has been chopping and changing whether they are going to make campaign budget optimisation or CBO the only way to set your budget for Facebook and Instagram advertising over the past year or so and last month (May 2020), they decided not to go ahead with the idea that everyone would be forced to use it. That said, using CBO definitely has its advantages when used correctly.

CBO is a highly intelligent machine which automatically adjusts the ad spend at the ad set level rather than the ad level. It determines which ad set is working better and puts more money into that particular adset (audience). It is the optimal way to get results from your money and can give you better results for whichever campaign and bid strategy you are using.

With CBO, you set your budget at the campaign level rather than the adset level and Facebook decides how to split your budget between adsets.

When using CBO, you need to give the campaign a little more time to get into its groove. Usually, when running ads using the ad set budget, you need to give them around 72 hours to find its place in the algorithm before making any adjustments. When using CBO, you need to leave it longer, usually around 5-7 days. You have to resist the temptation to keep making changes. It’s not always necessary to switch off adsets/ads that are underperforming. When you switch ad sets on and off you are resetting the campaign into the learning or optimisation phase which can push your costs higher.

Another benefit of CBO is the ability to scale your ads much faster. Once you have an audience/creative combination that you’ve tested and you know is effective, using CBO is the fastest and most efficient way to scale it. You can scale both vertically, where you can increase the budget directly at the campaign level and horizontally where you are expanding your targeting. However, you do not want to be adding new adsets into an existing campaign. If you want to add new audiences, it is far better to duplicate and restart the campaign rather than adding to the existing campaign.

There are a few tips and tricks you can use whilst using CBO. If you are using CBO and notice that one adset isn’t feeding out as much as you would like, you can try pausing adsets or ads to allow others to catch up on reach you are able to compare like for like results. You are also able to allocate a minimum ad spend to adsets, forcing Facebook to put a bit of money behind them. Ultimately, I tend to test my audiences first before using CBO so I know that they work and get the required results. CBO increases scaling which in turn increased amplification and you want to know that you are amplifying the best possible data.

As always with Facebook and Instagram advertising, testing is key, what works one day can very easily change the next. Test, test and test again!

We use cookies to ensure that we give you the best experience on our website. If you continue to use this site we will assume that you are happy with it.OkPrivacy policy